Today
Mostly sunny, with a high near 88. South wind around 15 mph, with gusts as high as 25 mph.
Tonight
A 40 percent chance of showers and thunderstorms. Mostly cloudy, with a low around 68. South wind 5 to 10 mph.
Saturday
Showers likely and possibly a thunderstorm. Mostly cloudy, with a high near 81. Southeast wind 5 to 10 mph becoming northwest in the afternoon. Chance of precipitation is 60%. New rainfall amounts between a tenth and quarter of an inch, except higher amounts possible in thunderstorms.
Weather forecast provided by weather.gov.
Sign In LinkSearch

Your session will expire in 0 minutes. 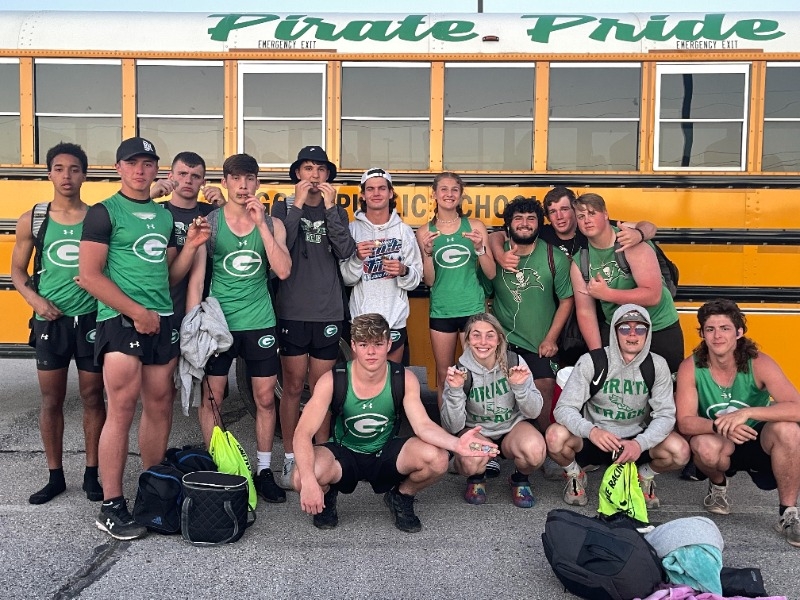 The Gore Pirates track team competed in the OSSAA Class 2A Regional at Okemah Saturday, April 30th. The team competed against 32 other teams in the region. The top three finishers in each event automatically qualify for the state track meet at Catoosa May 6th/7th.

-Liam Edwards who placed 2nd in the 300m hurdles.

There is a chance for some of our 4th place finisher to receive an at large spot at state which include:

Others who received a medal at regional include-

-Liam Edwards 5th in the110 Hurdles